The weather for this year’s edition of the highest road bike climb in North America was the best yet for  me; sunny, warm (sort of), winds light and variable.  At least half a dozen other Tucson riders, including Aggress Sandbagger Rich Horn, were also there to give it a go.  Six were registered in the MM70+ group but at our start (0715) there were only 3 on the line; Herb Johnson, Michael Raber, and myself.  Within the first 3 miles Michael was gone and it was down to Herb and I, as usual.  I knew going in that I would be more or less at the minimum point on the altitude acclimation curve (5 days at altitude) but it needed to be scheduled that way to give me a month at altitude before the Nat’l climb up Pike’s Peak.  I mostly followed Herb as we got close to Echo Lake (approx. halfway point) and I must concede that he was better able to maintain a good pace during his “stand and deliver” segments then I expected.  As we approached Echo Lake I began to suffer significantly and shortly realized I would have to let him go; dang!  My race was basically over at that point and it was henceforth a good training ride.  I pushed but did not bury myself and in the end finished 2nd, 8 min behind Herb and 13 min behind my own PR, set when I was fully acclimated. 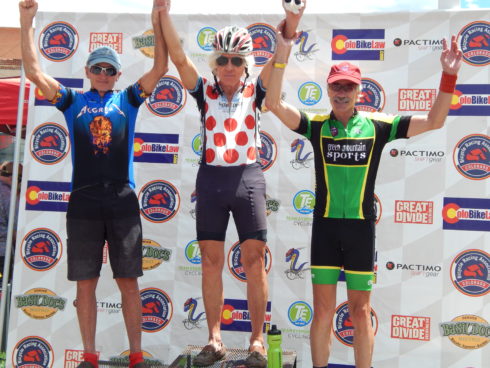 The consensus in the training blogs seems to be that when racing at altitude one should arrive at altitude either the day of the event, or more preferably at least 2 weeks prior to almost fully acclimate.  3-4 weeks are required for full acclimation;  4-6 days at altitude is the low performance point on the curve.  I guess I will know for sure if that was the difference in this case after Pike’s Peak.

The Summiting credential is attached, Jim A.; GOATS! 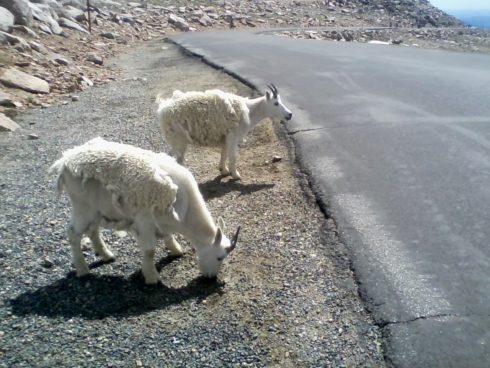