I was torn on racing the Whiskey this year because my heart was set on racing the Gila.  With a little peer pressure and some incentive, I was all in for the one of the best MTBiking events of the year. I had a couple of setbacks prior to the race, overcoming a sinus infection and then a pulled muscle in my back playing mashball with P and G,  less than a week out before go time.  With some Neproxin and visit to the Chiro, I was almost 100%.
A quick look at the field of racers lining up for the Whiskey, I knew a tall order was on hand, with Evan Plews and Dax Massey (National champs)doing the event this year.  Unbenowith to me, my former 24hour SS Championship teammate, Cameron Chambers (former Gary Fisher Pro) showed up for a piece of the pie, I was supper stoked.  A great compadre and someone I have the utmost respect for in the world of cycling, once a 22-year-old who kicked Tinkers ass when Tinker was at  his prime during the 24 Solo at the OP. 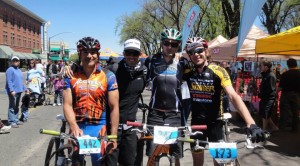 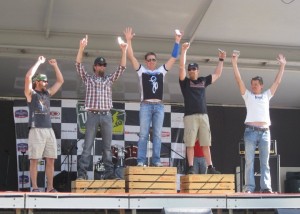