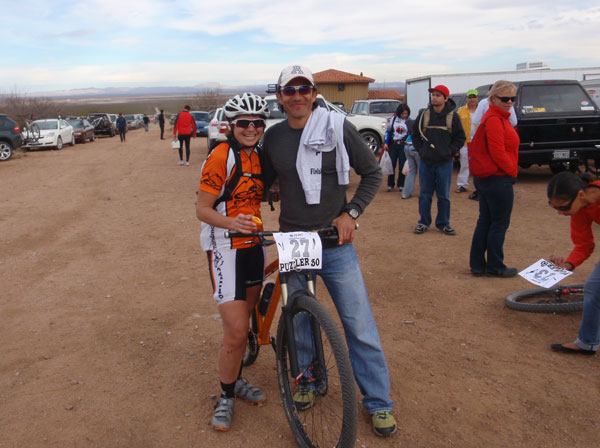 Mike P, aka iMike, Beto and Paula (become an Aggressor?)ventured to El Paso for some mountain bike sufferfest on single speeds.

Plews, coming off double pneumonia just before the holidays, went on to take the win in 4:38 with Brown about four minutes back. Moving into 3rd position was Brenneman who pushed a 32×19 on his 29er. Villegas and Gallegos rounded out the top five. In the women’s race local Susanne Rasmussen took the win in 6:24 with single speeder Paula Bohte (Sierra Vista, AZ) coming through in second. Alex Castro (Bicycle Co.- El Paso, TX) was the top finisher in the shorter 35 mile men’s event and Diana Almeida (El Paso, TX) took the women’s 35 miler.

iMike would battle mechanicals but get it done nonetheless.  Next up for iM: 24 hour, solo…