Team Aggress co-sponsored this weekends events here in Tucson with Presteza and Summit Velo. Even with a large chunk of the team comitted to staffing the event, Aggress had a strong presence in the competition.

There is no better way to start off a weekend of racing than heading downhill with a tailwind. And that is exactly what everyone got on Saturday morning, this was a very fast TT. 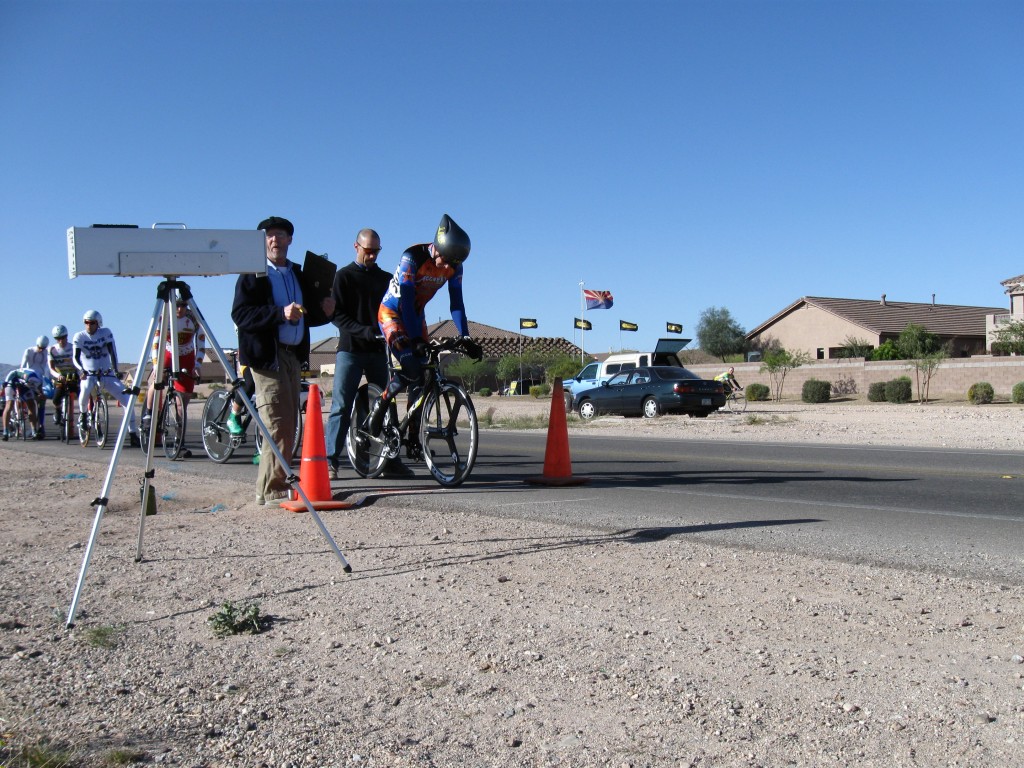 Fast Bryan lining up for his TT

Bryan Schlegel, Mike Puchowicz, Kurt Garbe, Elliot Anderson, and Rick Ellwanger were the Aggressors in the action this weekend. Stage 1 was highlighted with Kurt coming in 1 second out of 1st place for Cat.4, a very strong performance indeed. 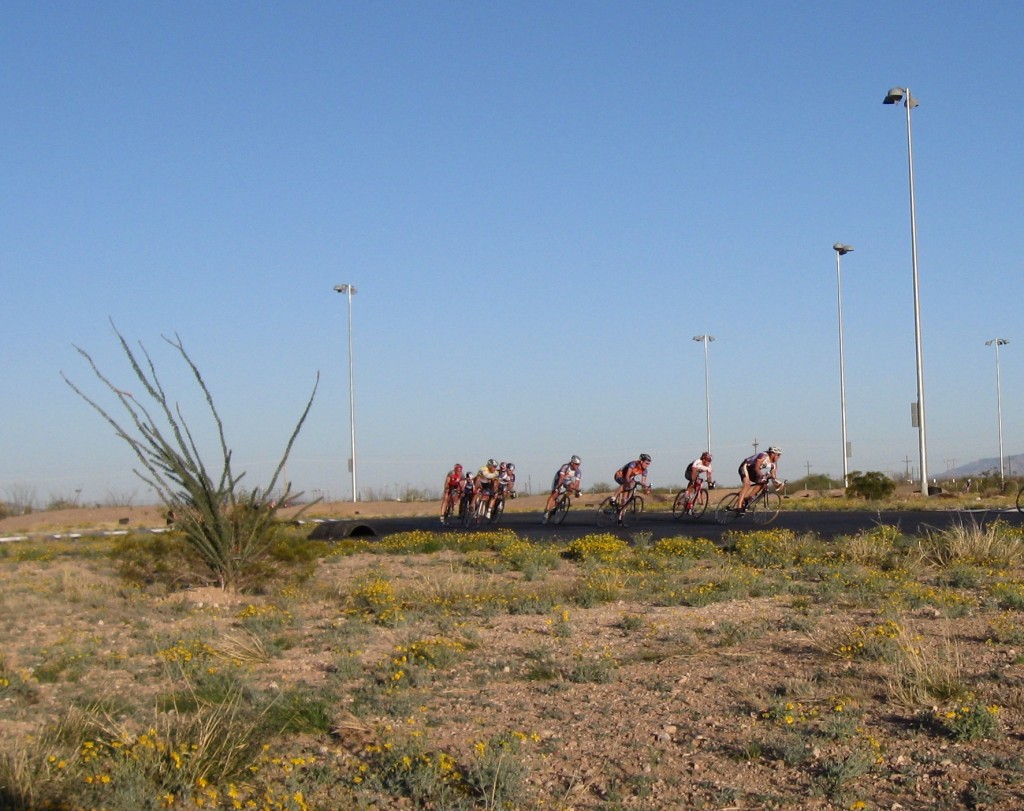 This crit is not for the faint of heart, with 13 corners in 1.264 kilometers it requires some serious bike handling ability.

Mike and Bryan made the split into the lead group, and both fought hard for 6th and 7th place finishes. The last lap was amazingly fast, at 1 minute, 38 seconds. Don’t believe me? Watch for yourself.

Rick E. fought the good fight and finished 2nd in his class in the fast paced 55+/65+ crit. His MTB background seems to have helped him, as he had great confidence in the tight corners, and we can expect an even better result from him in the future.

The Cat. 4’s had an action packed race. Within the first lap the 30+ racers were strung out single file across the track. Kurt got tangled in a crash early on, but fought hard and got himself into the second group on the road. He finished in 12th place.

Kurt in the chase

Elliot hung in with the leaders and had a great shot at the sprint for the line. Everything got a little confusing after a crash in turn 13 took out two of the leaders with two laps to go, but Elliot stuck it out for 6th place.

This great course was home to the third and final stage this weekend. The race featured multiple laps on a 9 mile circuit. A downhill section starts the ride off right after the start/finish, followed by rollers, a few small climbs, then topped off by a sustained climb up Pistol Hill to the start/finish again.

Rick missed a major split in the peloton in the 55+/65+ race, and ended up chasing with 6-7 others for the whole race. They were never able to regain the ground that was lost, but Rick finished third in his class all the same.

Elliot and Kurt put in a lot of work to keep the Cat.4 peloton together, and Kurt pulled off a great sprint move up Pistol Hill to take the field for 2nd place (Summit Velo’s Justin Orkney got away in the last few kilometers and took the stage win). Elliot finished with the pack in 11th.

Mike and Bryan missed the split with the lead group in the 3’s race, but Mike bridged solo and Bryan followed a short time later, setting themselves up well being the only team with 2 members represented in the break. The pace was brutally fast, but a Southwest Hand(?) rider managed to squeak off the front and take the victory. Our Cat.3 Aggressors finished 7th and 8th on the stage.